About us & Regulatory Matters – Fees and Complaints Handling

The People behind KW Law LLP 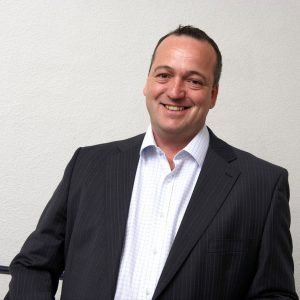 Julian Watson lives in Warwick with his family. Julian was educated at King Edward’s School in Edgbaston, Birmingham, and qualified as a solicitor in 1997. After spells at Wright Hassall, Hammonds (now Squire Patton Boggs) and Shakespeares LLP in Birmingham, Julian set up his own practice in March 2008.

Throughout his career Julian has always specialised in corporate and personal insolvency whilst also practising company commercial law and commercial dispute resolution. Julian has a diverse client base of insolvency practitioners, accountants, corporate clients, directors, business people and individuals, and has acted in the past on notable cases such as the receiverships of Claims Direct and Gillman & Soame.

On 1 December 2016 Julian moved offices to Leamington Spa where he practices as a sole practitioner. Julian’s practice continues to grow by building on his large firm expertise and by providing excellent service by focusing on his areas of specialism. Julian is noted for his great results, commerciality and no nonsense approach.

Julian is a solicitor of the Senior Courts of England and Wales. He commenced his training contract in 1995, and qualified in 1997. He is assisted part-time by his wife with administrative and secretarial matters, He is therefore effectively a sole practitioner.

Julian believes that the business of law is about people first and foremost, and that helping others should be a priority. Julian is a regular donator to the Warwick District Food Bank, the Northampton and Warwickshire Air Ambulance, the Injured Jockies Fund and the Game and Wildlife Conservation Trust.

KW Law’s basis of charging is normally on a time spent basis; fixed fee retainers can normally be offered for transactional work only. Julian’s hourly rate is £300 – £340 per hour plus VAT dependent upon the type and nature of the instruction. Most clients pay the lower rate of £300 per hour; higher rates are charged for specialist cases such as fraud and high value litigation, and difficult matters such as cross border litigation, injunctions and insolvency matters.

Should you be in any way dissatisfied with the service provided, please raise it with Julian first and he will endeavour to remedy any deficiencies in service. Should you still not be happy, you may use the firm’s formal complaints procedure which will be provided to you upon request. All complaints are dealt with in accordance with the terms of that procedure. We have 8 weeks to resolve the problem with you.

If after you have used that procedure the matter is still not then resolved, you may wish to approach the Legal Ombudsman (Visit: www.legalombudsman.org.uk; Call: 0300 555 0333 between 9am to 5pm Monday to Friday. Email: enquiries@legalombudsman.org.uk; write: Legal Ombudsman PO Box 6806, Wolverhampton, WV1 9WJ) who are an independent body with powers to investigate and adjudicate on service complaints about solicitors. They will look at your complaint independently and it will not adversely affect how we handle your case. You must lodge a complaint within 6 months of your last contact with this firm about your complaint.

You are entitled to complain about an invoiced rendered but not in the event that you have made an application to Court for an assessment in relation to that invoice.

You are able to contact the Solicitors Regulation Authority to complain about matters of conduct (as opposed to inadequate service) in circumstances such as where you believe that we have acted in a discriminatory manner or dishonestly. This practice and its employees and partners must comply with the Solicitors Professional Code of Conduct. A copy is available on line at: http://www.sra.org.uk/handbook/

The practice carries professional indemnity cover to a limit of £3 million which is also the limit of our liability to our clients under the terms of our retainers. An annual audit is undertaken of the firm’s client account by an external reporting accountant which notes breaches of SRA rules, and who decide upon whether to make a report to the Solicitors Regulatory Authority, if breaches are deemed to be serious in nature.

These email addresses and contact form are not to be included on distribution lists and must only be used for bona fide enquiries seeking our legal advice and not for marketing or the offering of unsolicited services of any kind.